The relative obscurity of Peter Duncan only required 8 out of the 9 races at the Championship of J/70 Midwinter in order to collect the title of 2019. 50 J/70 also enjoyed the conditions for Biscayne Bay of postcard for around 3 days, but no one more than the team of Relative Obscurity which belongs to Willem Waay, Bill Hardesty and Will Felder, who counted for 18 net points. 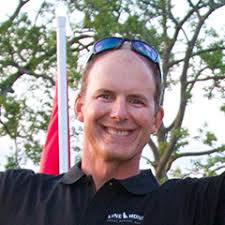 The Midlife Crisis of Bruce Golison was crushed the last day with a total of 3 bullets, by hurdling them into the 2nd spot overall with around 34 points. Savasana of Brian Keane positioned 3rd with a total of 46 points. The very Juicy team of Carlos Lacchini, Rafael De Martis and Galvan Geronimo from the team of Argentina earned the victory om the Corinthian division of 11 boats. And Rounding out all of the top 3 amateur teams were Rip Rullah of Bob Willis and Donkey McFly of Scott Sellers.

“The reality is practice and all of the small things that really make a huge difference,” summarized by Duncan.” “You also have to do these things consistently, and then it will become your second nature. So when you are supposed to make those important decisions, it is very easy.”

Duncan also explained the conservative approach of the team, saying that, “We have come off the very middle of the line, and thereafter we went straight as far as we were able to go. If we can manage to hold our own lane, it will be a great positive.” While Duncan who is the World Champion of the year 2017 J/70 in a lot of conditions, they definitely like some extra breeze. “These boats are amazing for sailing, and whenever there are 50 or more than those boats, it becomes very exciting.”

Gabart Completes 851 Miles In A Day

View all posts by index →